Virtual simulation for training purposes has many benefits such as reducing costs and avoiding material deterioration. In ship manoeuvre simulation getting underway in restricted navigation areas, the realism of training should also consider the common maritime traffic behavior. The non-playable characters (ships controlled by the simulation system) must follow coherent trajectories depending on their type and must consider the tide's influence, as routes may vary due to tidal stream. Depending on the ship's draft and on how the tide is affecting the area, some trajectories may change due to the variation of local depths and the appearance of safe and unsafe navigation areas. The Automatic Identification System (AIS) required by the International Maritime Organization (IMO) allows the collection of ships' data from almost all ports, such as ships' position, course, speed, type and the timestamp of the information. Numerous papers have been studying machine learning methods to predict ships' trajectories for logistics and safety at sea. The proposal of this paper is to, based on real AIS data collected and considering the effects of the tidal flow, infer representative trajectories with the highest possible fidelity to reality, in order to improve the realism of maritime traffic in a maritime manoeuvre training simulation.

This paper extends the Density-Based Spatial Clustering of Applications with Noise considering Speed and Direction (DBSCANSD) algorithm by adding the influence of tidal flow in the clustering method. The algorithm takes all the ships positions and generates the common trajectories depending on ship type, speed, direction and tide.

Ships trajectories were generated with data from the Guanabara Bay, in Rio de Janeiro, Brazil. In this area, where there are different port terminals and routes to enter the bay, the algorithm showed that tide influence generates different news ship trajectories, when compared to the DBSCANSD output.

The paper shows the idea of an improvement to the maritime simulation. It also allows the simulator instructor to have a better control of the virtual environment by populating it with more realistic ships' trajectories.

Training simulation environment must have realistic characteristics. In the maritime case, by using real ship positions to create common trajectories behavior for a determined port zone, it is given a better preparation to the simulator user. That's why we can't ignore the influence of tide on the environment. Further work may give the information if a determined port is highly affected by tide influence, allowing the simulation improvement. 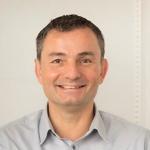