War of the Drones

UAV, UGV and the broad category of devices on multiple domains, called often just Drones, are now in their infancy, but we are going to see a lot of them in the future. Apart from the legal and humanitarian concerns, who are however important, but should be dealt with by the appropriate professionals and by the politics, the present paper want to draw a sketch of a (future) military doctrine for the employment of drones paired with regular (i.e. human) army units and related needs for Education & Training based on Modelling and Simulation.

If the employment of drones rises concerns about the possibility given to kill humans without any human in the loop, conversely their massive employment toward other drones pose an entirely different perspective. The drone then has not to kill humans, but rather other drones or inert, non-living devices, however, even in such cases, the outcomes can be more than frightening (e.g. blocking a Port or destroying a Refinery).

Such employment of drones should work the same fashion the military units are organized:

The limitation in their use it is limited by the industrial capacity of the country, the IA and the C2 system required. The authors want to propose a case study of a War of the Drones making use of M&S, in a hybrid environment characterized by an intense level of cyber-attacks, where the target of the drones are:

In particular, for both Airport and Ports, the possibility to ground the traffic of an airport / lock a port, is as quite possible as well as worrying.

Innovations: the potential of innovation, as explained in the introduction, is as much great as threatening. However, with the development of a mass production of drones, both the armies â€“ the attacker and the defender â€“ should develop a doctrine for their employment.

It is evident the necessity to develop proper multi domain synthetic environments to study the new corresponding doctrines and technological solutions for deployment and employment as well as to train the Commanders and their staff.

Lessons Learned & Conclusion: The creation of an Army of Drones it's a viable solution in the near future, and they (the drones) can easily be added as well to the arsenal of the Hybrid Threats. However, the rise of the drone is comparable with the rise of the Tank in the 1930: a new technological asset that called for a radical revision of the military doctrines. The authors believe that this will be again the case in the near future: for such reason, it is necessary, in order to develop a doctrine for the army of drones, to create a model for their employment as military units, in order to further enhance the concept development and experimentation, taking the advantage of the synthetic environment in the simulation. 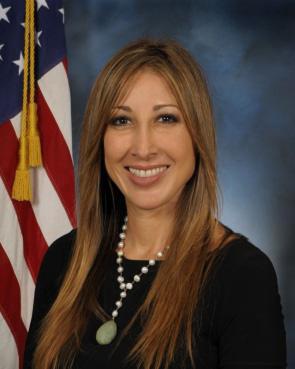