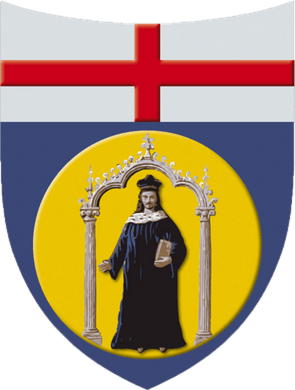 Agostino G. Bruzzone began his engineering studies at theItalian Naval Academy and achieved his doctorship in Mechanical Engineering in Genoa University; in 2001 he obtained his habilitation as full professor from Trieste University.

He has been actively involved in the Scientific Community since many years and he served as General Director of the McLeod Institute of Simulation Science (MISS), Associate Vice-President, Executive Vice President and Member of the Board of the SCS (Society for Modelling & Simulation International), VicePresident and Member of the Board of MIMOS (Movimento Italiano di Simulazione), General Director and Vice Director of M&S Net, Industrial Relation Chair in SCS Europe, Italian Point of Contact for the ISAG (International Simulation Advisory Group) and Sim-Serv.

In facts, he is still currently President of the Liophant Simulation (24 Internatioanl Institutions and Spin Offs), President of Simulation Team and General Director of M&S Net (34 centers worldwide)

He is President of the MIPET(International Master Program in Industrial Plant Engineering & Technologies - Master in Impiantistica Industriale e Grandi Impianti) of Genoa University ongoing yearly since 2010 and fully sponsored by major Industries.

He is Council Chair of STRATEGOS, new International MSc in Engineering Technology for Strategy and Security of Genoa University.

He teaches “Project Management”, "Industrial Logistics”, “Simulation”, “Modeling of Complex Systems” at the University for Graduate, Undergratuate and Post Graduate students in many different sectors.

He has been member of several NATO MSG, NIAG and he has also served as Project Leader Officer in the Alliance creating and developing the new R&D line on Simulation for the NATO Science & Technology Organization at CMRE. His team has been awarded as best scientific project by NATO STO for his simulation devoted to test C2 Agility over complex scenarios

He has been enrolled also in Who's Who, IEEE, IASTED, ANIMP, SCS, MIMOS etc.
Sessions