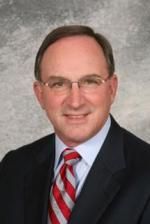 DeLloyd (De) Voorhees, Jr., is the President of VCA., LLC., a consulting firm in Sanford, Florida.  He was formerly with General Dynamics Information Technology where he was responsible for business development in the US Army and US Marine Corps training and simulation market. Prior to this, he was the Director for Models and Simulations at MPRI (now Engility) where he managed their Mission Training Center programs in Germany and the Western United States.  He served as Director of Training and Simulation Programs at CSC’s Training Center of Excellence in Hampton, VA from 2002 – 2008.

Mr. Voorhees retired from the U.S. Army with the rank of Colonel.  During the latter part of his Army career, he served as the Project Manager for Training Devices (PM TRADE) at the U.S. Army Simulation Training and Instrumentation Command (now PEO STRI); and later as the Principal Deputy to the U.S. Special Operations Command (USSOCOM) Acquisition Executive.