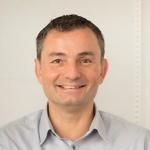 New Markets Development and Sales Manager, MASA
Enrico Raue began his career as a mechanical engineer in Sweden where he first became involved in simulation systems. He is now based in France and has been in charge of sales development in new international markets at MASA since 2011.  He leads MASA’s efforts to extend the reach of its products, both directly to end­-users, but also, and perhaps more significantly through the development of multiple distribution channels worldwide, including local and regional value­-added resellers, and OEM (Original Equipment Manufacturer) system integrators. He has several years of experience in the ecosystem of virtual- and constructive- simulation solutions, and also specializes in the application of artificial intelligence in these fields.
Sessions